If you’ve ever been to The O2 or one of our Wireless events, you know we’re pretty good with music. That’s why we’re happy to announce that we’ve joined forces with the world’s largest live music company to launch the O2 Academies!

This will allow us to offer exclusive benefits to our customers like priority access to tickets to all gigs at the venues as well as other Live Nation events across the country.  In total, O2 customers will gain special access to as many as 4,000 Live Nation produced shows a year in the UK up to 48 hours before they go on general sale. The alliance between us and AMG will also boost support for future music talent and make the experience even better for fans.

As well as being able to offer priority ticketing, we’re also going to look at including NFC technology – the same kit that we recently trialled to let you pay for things by swiping your phone over a reader.

Here’s a concept pic of what the O2 Academies could look like – check out our Flickr stream here for a full size version. 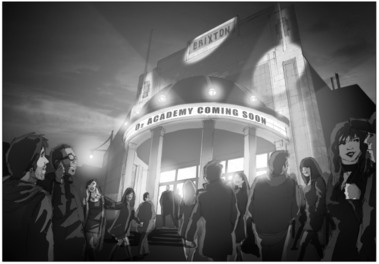 You can see the full press release and quotes from people in O2 and AMG here.

Social media. It has the power to connect us: bringing us closer to friends and…Read more

Change Starts with Us: Together, let's stamp out bullying

We all know that bullying is a serious issue, but sometimes it’s difficult to know…Read more

Make the most of summer with your phone

Ahh, British summers… So unpredictable. Whether we continue to get some stunning sunshine or we…Read more