Throw us a Curve

BlackBerry® fans get ready – a new Curve is coming. It’s called the 8900, it’s packed to the rafters with cool features and will be available for pre-order very soon.

So here it is, the BlackBerry Curve 8900. It’s descended from one of our fastest selling handsets ever, the BlackBerry Curve 8310, but it’s got some clever new tricks too. Whether it’s the new vivid 480 x 320 screen, the 3.2 megapixel camera or the built in GPS, the 8900 will have something for you. It does it all in a surprisingly small shape too, as the 8900 is the thinnest BlackBerry to come with a full QWERTY keyboard. 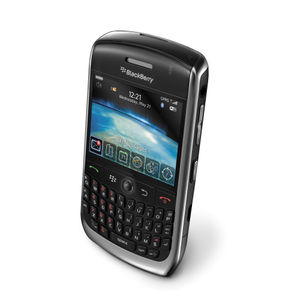 Don’t forget the fantastic BlackBerry software too. If you’re a corporate user, you’ll be able to use IBM® Lotus® Domino®, Microsoft® Exchange and Novell® GroupWise® to securely send and receive email. It’ll also work with Yahoo! Mail, Google Mail and most ISP email accounts too.

It’ll be available to buy from 5 January 2009 at prices up to £234 depending on the tariff you pick – remember, normal Pay Monthly terms will apply. If you’d like to put your name down for a BlackBerry Curve 8900, head to o2.co.uk/blackberry from 10 December.

LGBT History Month: Why everyone in business should be an ally

As LGBT History Month draws to a close, I wanted to recognise what our people…Read more

Social media. It has the power to connect us: bringing us closer to friends and…Read more

Change Starts with Us: Together, let's stamp out bullying

We all know that bullying is a serious issue, but sometimes it’s difficult to know…Read more