We sent O2 Gurus Amerie McAtamney and Emilio Buono to report on the HTC flagship launch at Mobile World Congress in Barcelona last week. Here’s how they got on.

“Sunday also saw Taiwanese giants HTC showcase their new flagship in the form of the HTC One (M9), which is an evolution of the M8, a handset I was a huge fan of. Flawless in design, fluid in response and a treat to hold. For me those are the keys to unlocking my heart. (Wallet too.)” 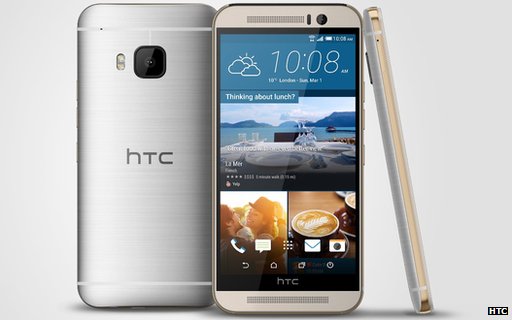 “With its all-metal body and two colour options of two-tone gold on silver or gunmetal grey, it’s definitely one the best looking handsets on the market. On the camera, HTC have switched things up to move away from the M8’s ultra-pixels designed for low-light performance to go with a 20MP back camera to help you take awesome high res photos.”

The HTC One (M9), just announced at #MWC15 is coming to O2. Want it? Register for updates http://t.co/tC0ss9rlCa pic.twitter.com/JHTtiATHZL

“They’ve upped the spec sheet, toyed with the new Sense 7.0, delivered a bigger battery and amplified those tasty Boomsound speakers with some Dolby magic now running through it’s veins.”

“It also comes with a new theme generator which means you can use the colours from your favourite photo or image to theme the phone’s interface. Pretty cool!”

O2 customers will able to pre-order the HTC One (M9) soon. Check out more information here.

Got a question about your smart tech? Holler @O2 using #O2Guru and we’ll be in touch.

Our first ever Periscope video for the HTC One M9

At O2 we love all things tech, which is why we jumped at the chance…Read more